New Packt Courses for May 2019

We’ve got another range of new eBooks and videos this month for you to get stuck into. Covering everything from Swift to TensorFlow, and from Unity to Metasploit, there’s something for everyone…

Swift has been quietly growing as a programming language – initially (and still primarily) centered on iOS development, it’s beginning to show signs of spreading its proverbial wings as engineers find new applications (in the general sense of the term) for it. If you want to find out how to get more from Swift, we recommend Mastering Swift 5, a book which will take you through the latest developments and features of the language.

Process and control is everything when it comes to development. That’s often easier said than done when it comes to agile practices and complex distributed systems. Fortunately, Git and GitHub are staples of version control – if you want to understand some of the fundamentals behind them, or simply want to go back and get to grips with them afresh, our eLearning course Version Control with Git and GitHub is well worth checking out.

More great app development titles for May include: 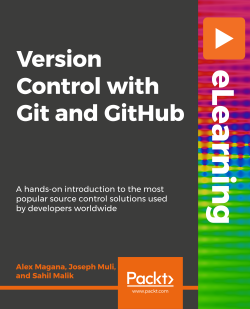 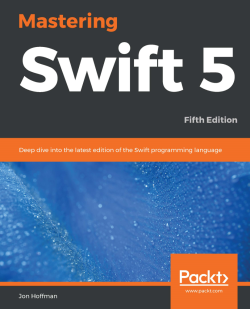 Everyone’s getting excited about TensorFlow 2.0 in the machine learning world. However, it’s understandable that it’s also the source of considerable anxiety, as it will represent a big change in how the deep learning library will work. Learning TensorFlow 2.0 goes a long way in alleviating any concerns the TensorFlow world has, demonstrating how it’s changing – and more importantly, what opportunities it’s going to open up.

R has been somewhat overshadowed by Python over the last couple of years when it comes to machine learning and data analysis. But it certainly shouldn’t be underestimated – it’s not going anywhere. In our latest Expert Insight title, Machine Learning with R, Brett Lantz explains exactly why R is still a vital language for anyone working with data and shows you how to get the most from it for cutting-edge analytics tasks. 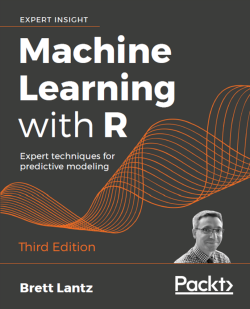 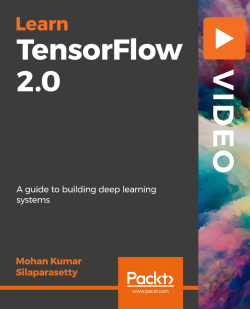 Bootstrap and Angular are two tools that remain essential in the front end developers toolkit. With Bootstrap evolving to version 4 and Angular now on version 7, they both continue to evolve to meet the needs of the modern web. To find out how to use both tools to build responsive websites, we recommend watching Responsive Web Development with Bootstrap 4 and Angular 7.

We know lots of people love React – but just because it gets the hype and attention doesn’t mean it’s now a staple for every web developer. So, if you’ve had enough of simply hearing people rave about React and want to try it our for yourself, make sure you watch Learn React this month. 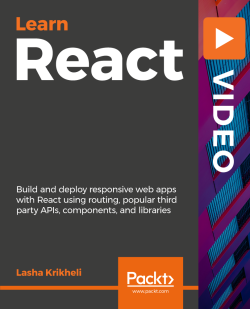 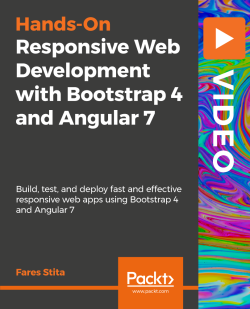 One of the most valuable things about AWS is how much it does for you. It brings abstraction to your infrastructure, making life easier in many ways – particularly if you have a lot of complexity in your system. But this doesn’t mean it simply does your work for you – to get the most from AWS it needs an attention to detail and a lot of control. That’s exactly what the latest edition of Implementing Cloud Design Patterns for AWS  is for – it takes you through a range of essential design patterns to help ensure you’re using AWS effectively.

Kubernetes is the name in container orchestration. However, despite the hype around it, it can be challenging to use effectively, especially when you’re dealing with the complexity and unpredictability of a modern network. However, Hands-On Kubernetes Networking demonstrates that it doesn’t need to be a massive headache – dive in and get started.

Top virtualization and cloud titles for May:

The MCSA certification is highly sought after – and while it might not strictly be ‘exam season’ for IT professionals, if you want to take (and pass you MCSA exam, why not make early Summer the time to start preparing for it? Check out MCSA Windows Server 2016 Certification Guide to learn everything you need for exam 70-741 – it features more than 8 hours of content!

Elsewhere in networking and servers we have another new pentesting title – get to grips with the latest features of Metasploit 5.0 with our new Mastering Metasploit video. 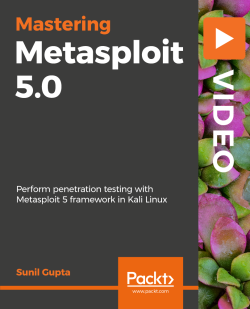 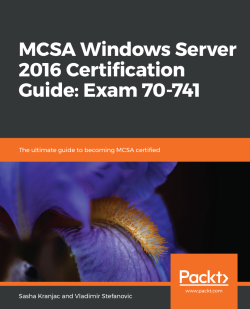 Top May titles include:

This month in game development we want to draw your attention to two top Unity titles.

The first might sound like a bold promise, but you really should put it to the test – Unity Game Development in 4 Hours is a video that aims to get you up and running with the world’s leading game development engine in the course of an afternoon (possibly).

If you’ve got a little more time on your hands and want a deeper dive into cutting edge Unity development, take a look at our Complete Virtual Reality and Augmented Reality with Unity Learning Path which offers a comprehensive route through everything you need to know to build incredible mixed reality applications with the game engine. 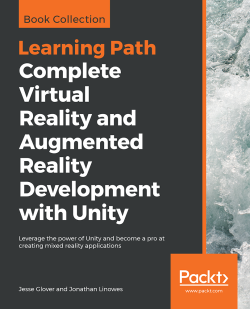 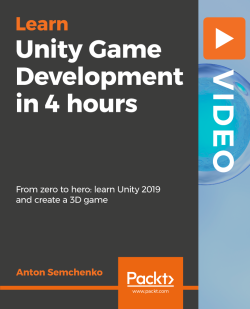 Top new May titles in game development and hardware: