Flaws in the System – An Inventory of Network Vulnerabilities to Avoid

In this long read we take a look at common network and infrastructure vulnerabilities. In essence, vulnerabilities are security weaknesses or flaws in a system that could be exploited by a threat. This long read is sampled from Glen D. Singh’s book Implementing and Administering Cisco Solutions: 200-301 CCNA Exam Guide.

One question students frequently ask at the beginning of their cybersecurity learning journey is: how are hackers able to break into a system or network? The simple answer is that hackers and other threat actors look for vulnerabilities on a target system. A vulnerability is a security weakness or flaw in a system that could be exploited by a threat. The competition between security researchers and hackers is an ongoing one — a race to discover security flaws first. Security researchers are always looking for new vulnerabilities to help software and product vendors to fix and close security weaknesses, while hackers are looking to exploit and gain access to their victims’ systems.

Tip: Nessus is one of the most popular vulnerability assessment tools within the cybersecurity industry. Further information on Nessus can be found at https://www.tenable.com/products/nessus.

A vulnerability may take the form of a weakness or flaw in a configuration, security policy, or even something technological in nature. For example, a network device such as a router is configured to use Telnet and not SSH as the preferred method for remote access management. Telnet is an unsecured protocol that transfers data in plaintext whereas SSH encrypts all traffic. TCP/IP is the language all devices speak when connected to an Ethernet network, so you may think the TCP/IP protocol suite offers good security. In reality, however, this is not necessarily the case.

Many vulnerabilities exist in the various protocols within TCP/IP. Those protocols include Internet Protocol (IP), Internet Control Message Protocol (ICMP), Hypertext Transfer Protocol (HTTP), and even Simple Network Management Protocol (SNMP). If the IP was not designed with good security, an attacker can simply spoof the IP address of another device on the network. SNMPv1 does not support user authentication, so this means an attacker is able to remotely connect to an SNMP-enabled device and gather sensitive information. Attackers can take advantage of various weaknesses within these protocols and capture sensitive information while network traffic is traveling along a network.

Hackers are always looking for a way inside your network and devices, and your network components provide an easy way in if they are not updated and secured properly.

The following screenshot shows the NMap tool, which has found the EternalBlue vulnerability on a Windows system:

Also, some enterprise network devices such as routers and switches support network security functions to help prevent various malicious threats and attacks on your network. Sometimes, a misconfiguration on a router can give an attacker remote access into the management pane of the device.

Many configuration vulnerabilities exist on networks. They can exist within user account management, network services configuration, and default device configurations. When logging in to a system, your user credentials may be sent across the network via an unsecured protocol.

The following screenshot shows that a Windows user credential was captured as it was sent to the Active Directory server on the network:

In the preceding screenshot, we can see that user Bob has entered his username and password on a Windows 10 system to authenticate himself on the network. However, in this scenario, the Active Directory server (Windows Server) is using the default directory query protocol, Lightweight Directory Access Protocol (LDAP). LDAP does not encrypt user information by default; only the user’s password is hashed, using NTLMv2, and sent across the network. In the preceding screenshot, the hash was captured, allowing the attacker to perform offline decryption of the hash to retrieve Bob’s password. This is an example of an unsecured user account and insecure protocols on a network.

One major vulnerability we often overlook when designing a secure network is the human factor. Humans are also vulnerable to various online and offline cyber-attacks, such as so-called social engineering attacks. Social engineering is simply when an attacker is able to manipulate a person to reveal sensitive information or perform a certain task.

Important note: Social engineering is usually non-technical in nature. This means a computer is not required to perform various types of social engineering attacks on a victim. The attack usually exploits the trust and social behavior of the victim.

The following are various types of cyber-attack that target human vulnerabilities:

To prove our identity to a system, we must provide a valid username and password. People often create simple and easy-to-remember passwords for their online accounts. While these are simple to remember, a simple password is a security vulnerability which may allow a hacker to gain access to the victim’s account. Creating a secure and complex password is important and prevents hackers and other threat actors from compromising user accounts and gaining access to sensitive information.

When creating secure and complex passwords, follow the following guidelines: Passwords are still breakable by a hacker who has a lot of time and computing power. Using Multifactor Authentication (MFA) adds an extra layer of security to our user accounts; the user has to provide multiple sets of information to prove his/her identity.

Sometimes, after a username and password combination has been validated by a system, it requests a second form of authentication to validate your identity. This is sometimes referred to as 2-Factor Authentication (2FA). Authenticator apps on your smartphone can be associated with a supported website. Cisco is an example of this. Its user accounts support 2FA, which allows you to add a third-party authenticator, such as Google Authenticator, on your Cisco user account. Each time you attempt to log in to the Cisco website, a unique code is required from the authenticator app. This code changes approximately every 30 seconds, making it difficult for a hacker to guess the sequence of codes being generated each time.

Rather than using passwords, you can use biometrics. Biometrics allows you to use a part of your body to authenticate to a system. Most new smartphones support biometric authentication, which allows a person to unlock their smartphone using their fingerprint. On Microsoft Windows 10, Windows Hello uses facial recognition technology.

Note: Other forms of biometrics are voice, iris, and retina scans.

Exploits are the malicious code or actions an attacker uses to take advantage of a vulnerability on a system. Within each operating system, application, and device, there are known and unknown vulnerabilities. Once a hacker has discovered a vulnerability on his/her target system, the next step is to acquire an exploit that will leverage the security flaw. One popular website for finding exploits is Exploit Database (www.exploit-db.com). This website is maintained by Offensive Security, the creators of the popular penetration testing Linux distro, Kali Linux. The purpose of such a website is to share information with other cybersecurity professionals such as penetration testers who require exploits during their jobs.

Tip: To understand how threats, vulnerabilities, and exploits all fit together, remember the following sentence: a threat uses an exploit to take advantage of a vulnerability on a system.

The following are the search results for the EternalBlue (MS17-010) vulnerability on Exploit Database:

Additionally, the attacker or the penetration tester can use an exploitation development framework such as Metasploit to create a custom payload and deliver it to the target. Metasploit allows a cybersecurity professional to build custom payloads that leverage the weaknesses found in applications and operating systems; however, an attacker can do this as well.

Once an attacker has gained access to a system, he or she is able to escalate their user privileges on the victim’s system and even pivot the attack through the compromised system to all other internal devices on the network.

Systems, networks, and people are liable to present a range of security weaknesses, or vulnerabilities, by which malicious actors may seek to gain access to an organization’s systems and information. Understanding what the different kinds of vulnerability are, along with knowledge of the steps which can be taken to mitigate them, allows the cybersecurity professional to greatly reduce the risk of unwanted access to networked information systems and the disruptive consequences which can flow from that. 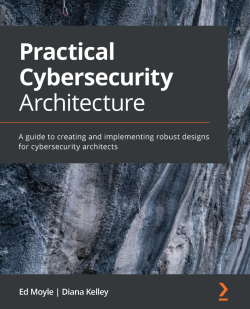 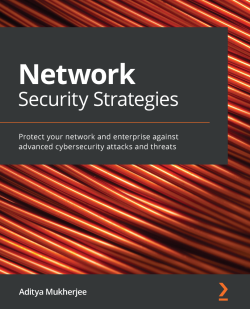 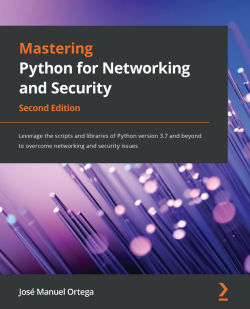